The Marbelite Twins. I call them the twins because they are identical. A little bit about Marbelite Traffic Signals from Highway Divides:

The Marbelite Co. began making traffic control equipment in 1923. Marbelite was one of several traffic control manufacturing companies located in the greater New York City area during the first half of the 20th Century. As Marbelite grew, it absorbed the signal product lines (or the entirety) of such companies as Signal Service Corp. In the early years, Marbelite operated in conjunction with a sister company called Ruleta, which also made traffic signals. Ruleta may have been a separate company that was bought out by Marbelite. By the 1950’s, Marbelite had become one of the biggest producers of traffic control equipment in the country. The core of their business was in the NY Tri-State area, and for several decades, New York City was almost exclusively Marbelite-equipped.

I acquired the twins in August 2018. Yet again, these actually were picked up by my fellow collector friend Brian from a contact he has. He has a knack for finding stuff and usually lets me know when he does. He told me about them and I tortured my car one more time seeing how much stuff I can get into it.


I really don’t know anything about these. They came from downstate New York. The glass lenses were all loose. They are all missing their gaskets for the lenses. But, a bunch of lens clips later, they’re in there now.

I also got the twins down into the basement. There’s a lot of stairs to navigate. Wish I was about 20 ears younger since that would make it easier.

Also, hanging this thing was a lot of fun too. It’s heavy. I did do it though. A little ingenuity and with the help of some straps and rope and a come along, It’s up.

I hooked it up to the GS Controller and put the Lincoln Ave Crouse Hinds Art Deco next to it. They look good together.

Got everyone to stand still for a few minutes to take a group video.

This is everything thats currently hooked up in the basement. Added one of the Marbelite twins this week. It was quite fun trying to hang it like the others. Accomplished it myself with the help of a come along and some ingenuity. Was fun trying to get it down the cellar stairs. The controller running it is the Crouse Hinds GS that was from Downtown Utica, NY I got this past summer. There’s a mix of electronic boards and the other mechanical controller running the rest of them.

As you can tell, 4 way signals are my favorite. There were literally 100’s of them in Utica, NY when I was growing up.

Visited Rome with some signal enthusiasts in August. There are some nice lights still up in Rome. Plus, they take very good care of them and they have all been repainted over the years.

West Thomas Street and North George Street. A Crouse Hinds Art Deco signal with a wagon wheel on the bottom. This Marbelite controller looks to be in good shape. We;re not sure what is inside because there was no noise coming from it. 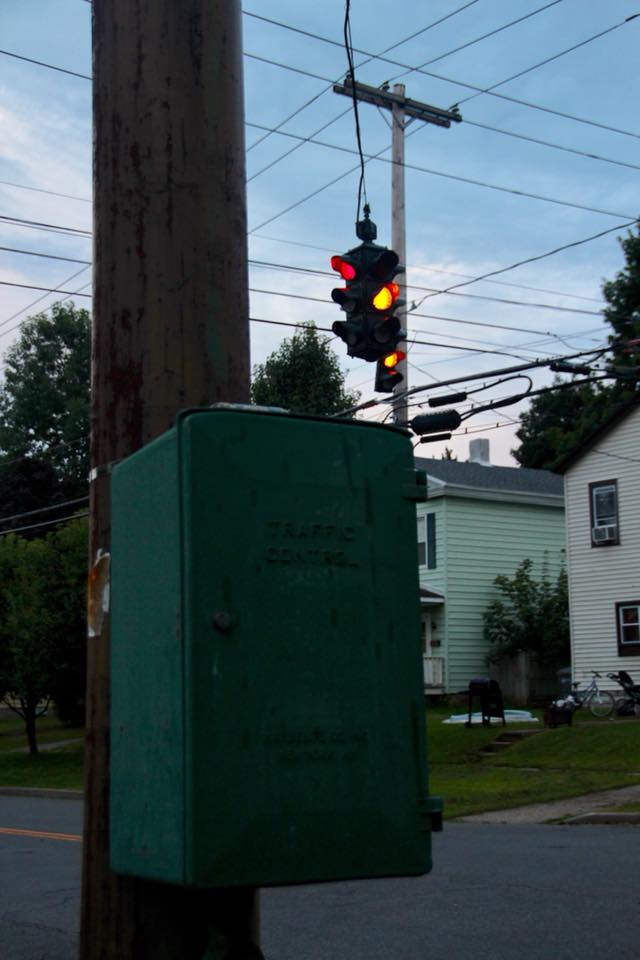 North Doxtator Street and West Liberty Street. Another Marbelite Controller. Still a mechanical one since you can hear the cams moving inside. A nicely taken care of Crouse Hinds D/DT Fixed 4 way signal is at this intersection also.

Here’s the Marbelite 4 Way signal along with a couple of Crouse Hinds Type M singles that came when I got the Type D.

They all fit in my car too lol. 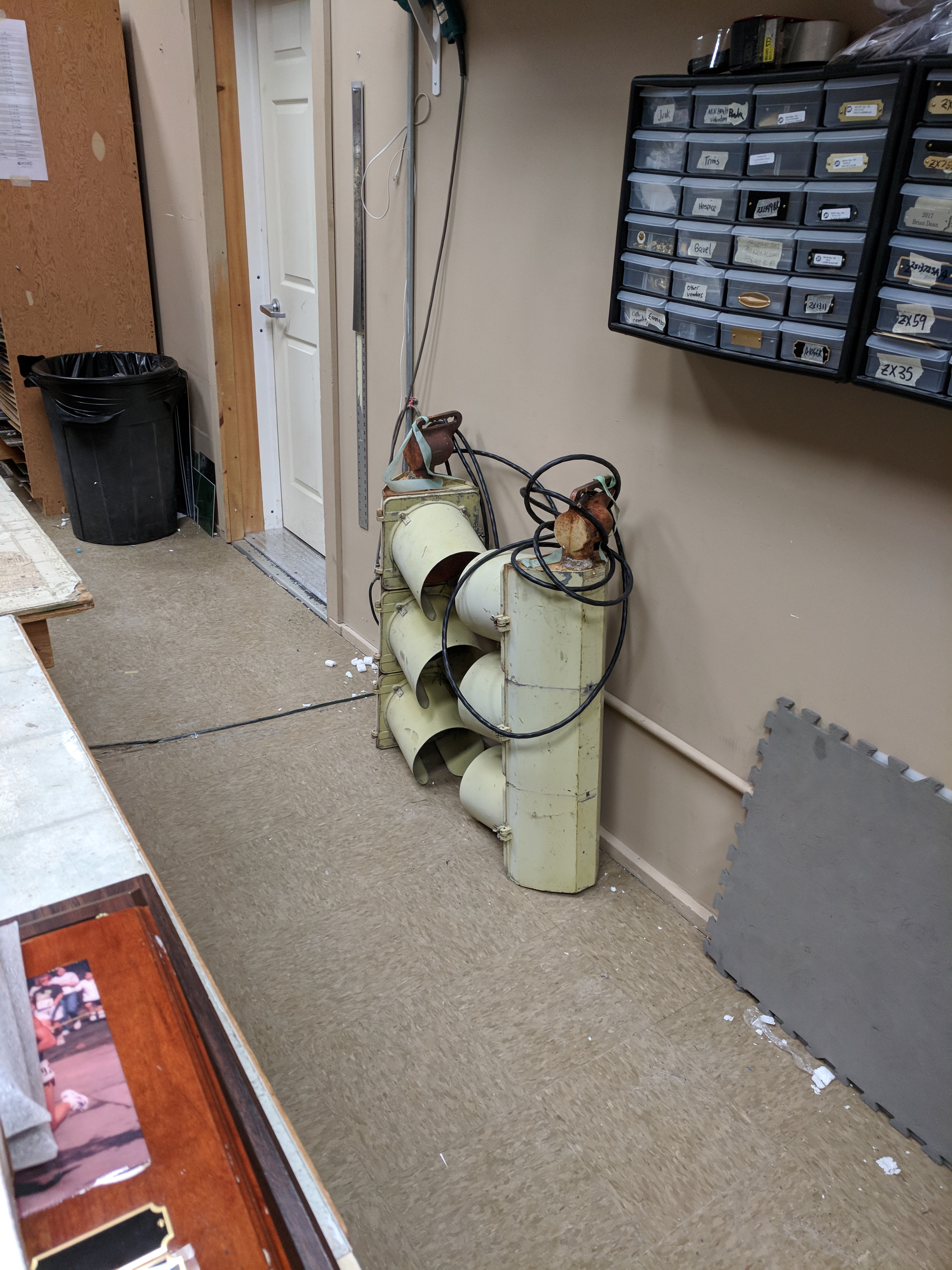 These are some more childhood signals of mine. These were at a cross walk intersection on Genesee Street, Village of New Hartford for many years. When I moved there, there was a Crouse Hinds Type D there and was replaced by a Marbelite in the early 1970’s. This crosswalk was here when this was a school crossing.

This is the setup in the wild in 2014 when I took this picture. I ended up with the Marbelite and the 2 single Crouse Hinds signals. When I was a kid, I would sit and watch these lights change. It fascinated me. Plus, I would help the school crossing guard when I was at school during lunch, and press the crosswalk button so the light would change. So it’s pretty neat that I was able to acquire some signals that I “played” with when I was a kid.

Here’s a photo of it with the rest of it’s friends in the basement. 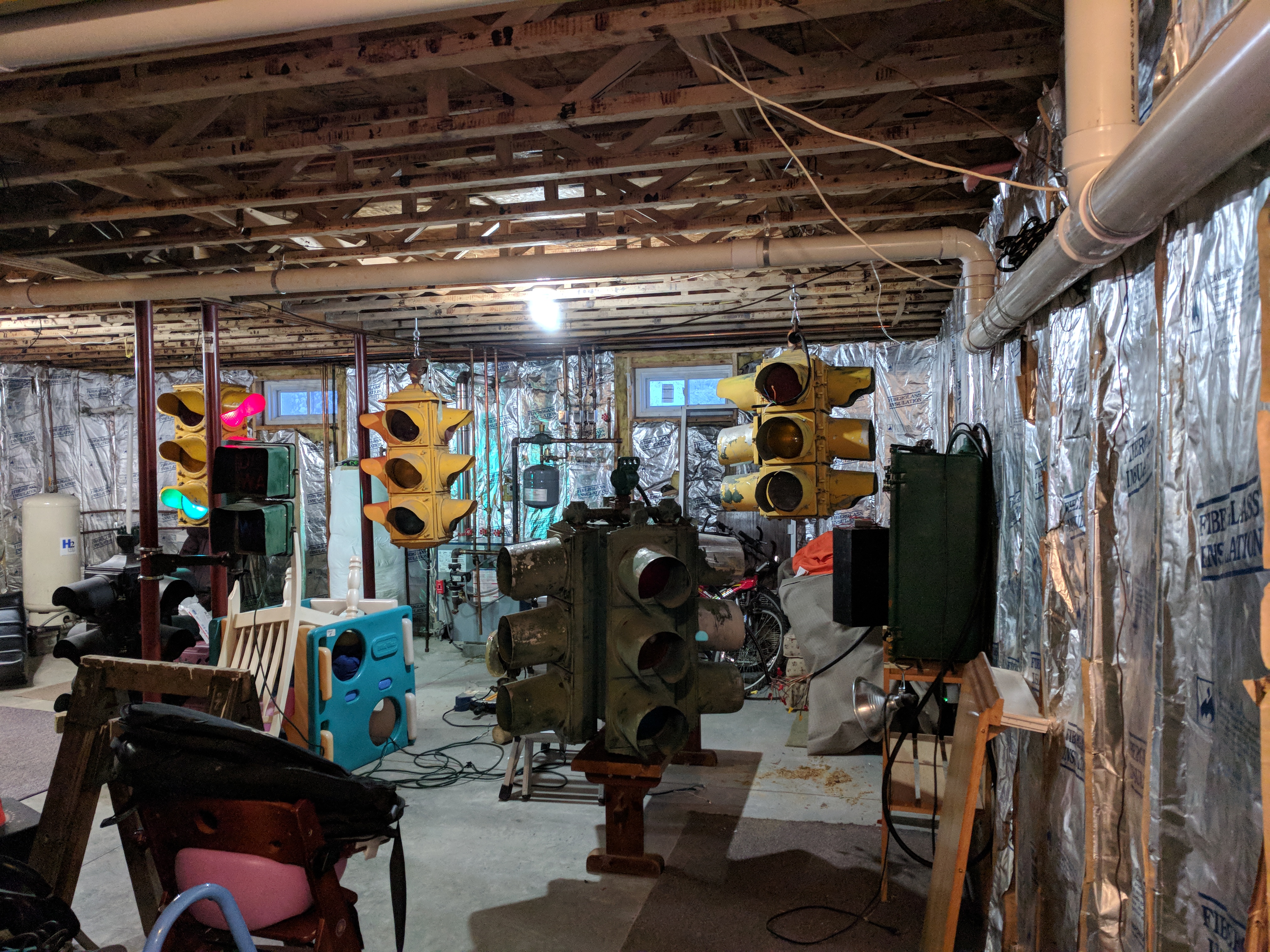 This page will have photos and descriptions of some of the signals around my area. Most are from the City of Utica, NY. 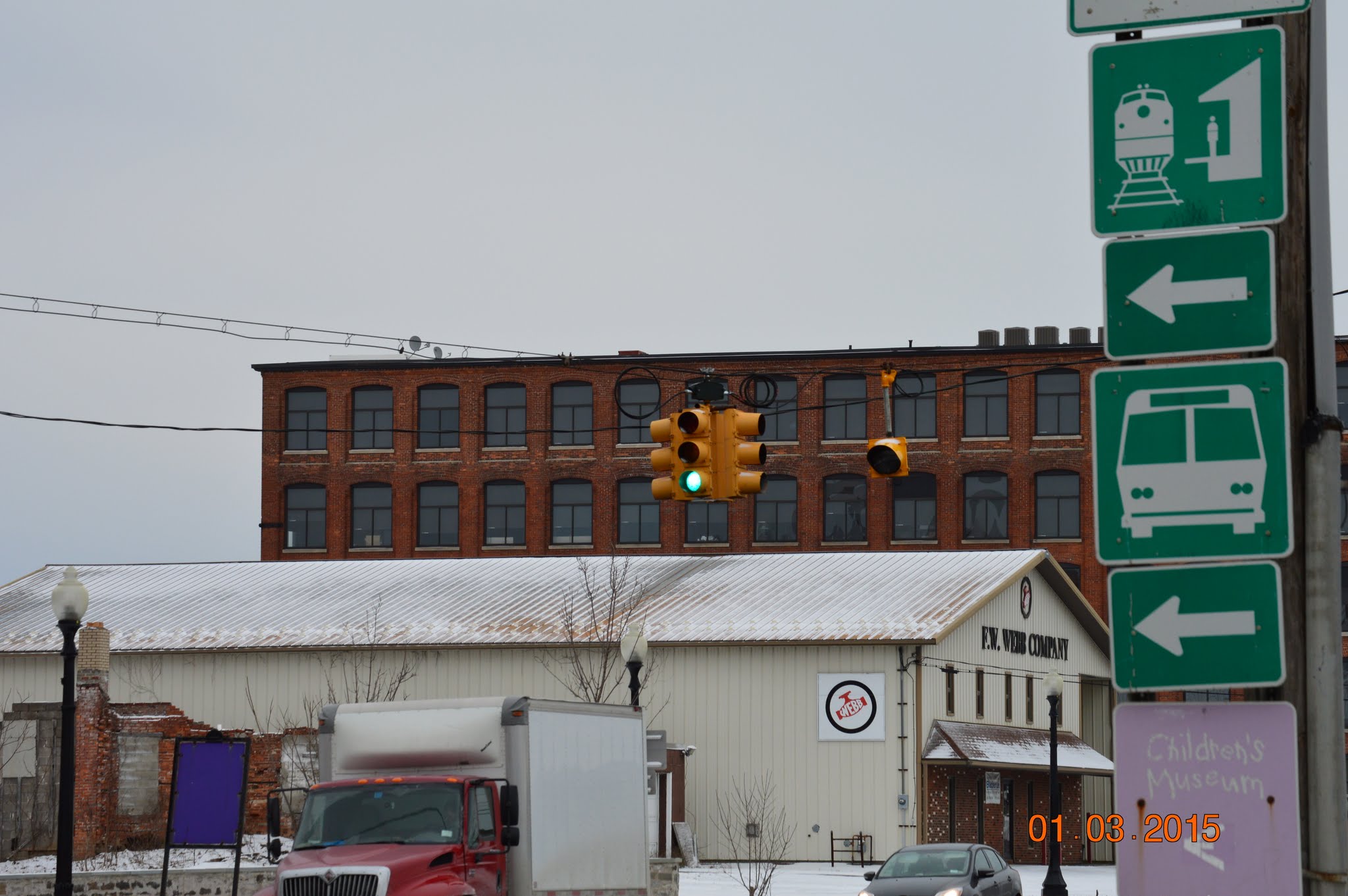 This signal has been here for as long as I can remember. Everything is just the way it has pretty much always been, except for LED’s, an LED arrow, and a new controller which replaced the original one in 2014. This also show the old Snow Emergency Beacon that use to be on the main roads in Utica and would flash whenever there was a snow emergency. They haven’t been functioning since the late 1990’s.

Another classic Utica, NY Signal. Crouse Hinds Art Deco with an added on 8″ arrow for left turns. This has been there again, as long as I can remember. There was a Porthole up there in some earlier picture from the 1950’s that I’ve seen, but thats before my time.