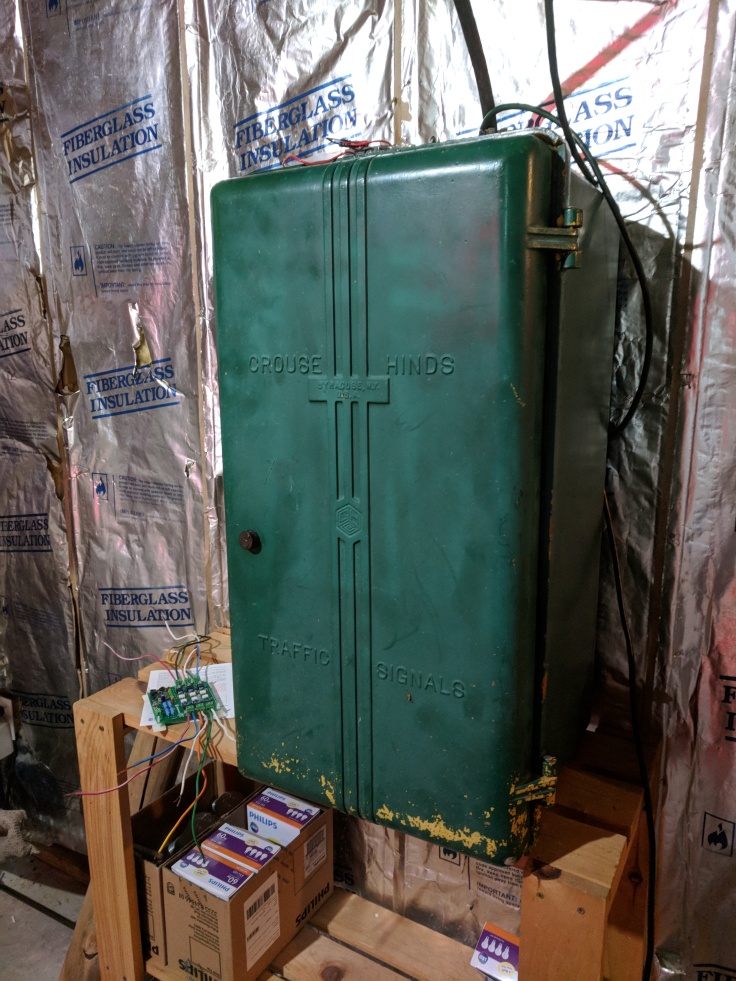 I really don’t know a heck of a lot about this controller. Picked it up from another collector in June 2017. It’s a Crouse Hinds LS (?) Controller. Old school electromechanical controller.

It is originally from Ithaca, NY. Corner of Seneca and Cayuga Streets

I’m trying to figure out a little more about it. I had it running right out of the box when I got it. Moved it to the basement “Signaltorium” and started hooking it up to one of my Marbelite lights, but I did something wrong and blew a fuse. Took a while to get a new one. Local electric supply house told me twice they would order some and stiffed me. So Amazon had the fuse I needed and I ordered a few. Just in case. 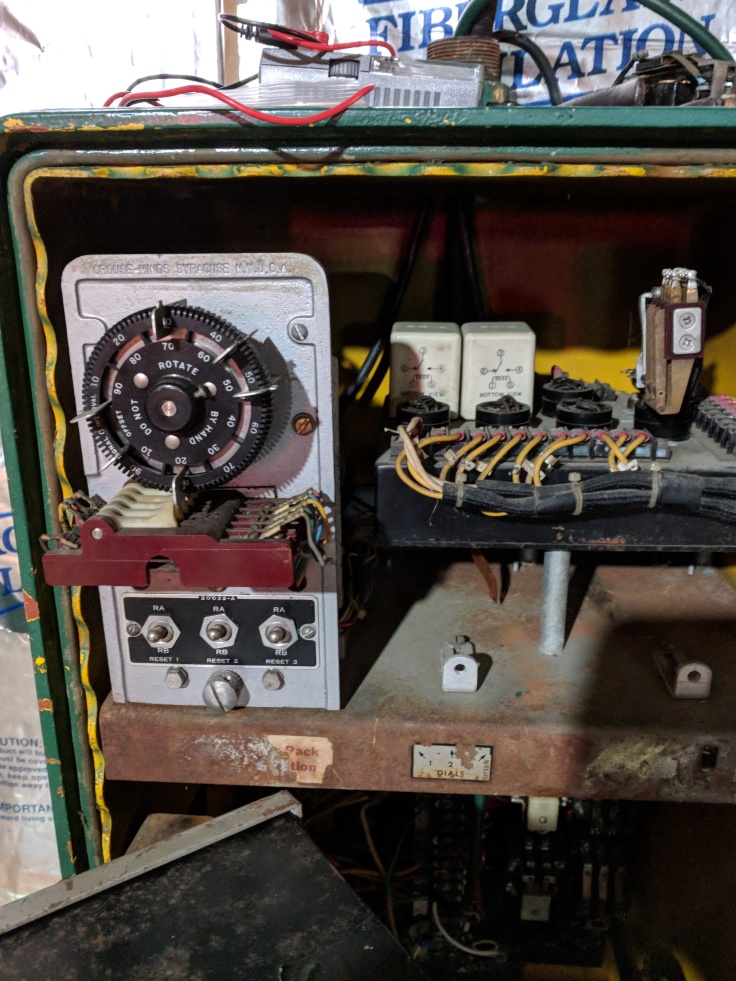 I have this running the Art Deco D and a Crouse Hinds Pedestrian signal I have. It is really cool to hear it run too. I hope to learn a little more about it from some of my signal friends.

South Side of the basement signals lit up while the dog does his after dinner thing and a barking dog upstairs. #trafficsignal #trafficlight #antiques
Been a while. Got a Utica NY Snow Emergency Light I got this summer wired up to a Utica controller that still had a connection for one of these. There were 30 or so of these scattered around the city. If there was a snow emergency they'd flash. #utica #uticany #trafficsignal #trafficlights
Crouse Hinds GS Controller #2. I've had it for a few years. Got some replacement relays a few weeks ago.
Forgot to share a video of my weekend fun wandering around with @traffic_light_king in his storage area.
Signal meet stuff.
Im still here. A quick video to freshen up my timeline. Pickings have been slow like there's a pandemic going on or something. #trafficsignal #trafficlights #centralnewyork